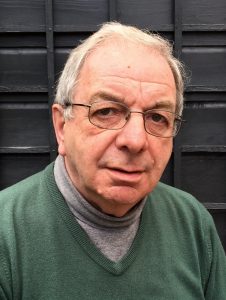 David Little is a Fellow Emeritus of Trinity College Dublin. His principal research interests, on which he has published extensively, are the theory and practice of learner autonomy in second and foreign language education, the management of linguistic diversity in schools and classrooms, and the use of the Common European Framework of Reference for Languages to support the design of second language curricula, teaching and assessment. Starting in 1998, he played a leading role in the development and implementation of the European Language Portfolio at national and European levels. From 2000 to 2010 he was successively consultant to and member, vice chair and chair of the Council of Europe’s ELP Validation Committee. He also co-ordinated two ELP-related projects for the European Centre for Modern Languages (Graz) between 2004 and 2011. Language Learner Autonomy: Theory, Practice and Research, by David Little, Leni Dam and Lienhard Legenhausen, was published by Multilingual Matters in 2017 and Engaging with Linguistic Diversity: A Study of Educational Inclusion in an Irish Primary School, by David Little and Déirdre Kirwan, was published by Bloomsbury Academic in 2019.

At the Linguapeda 2021 conference, David Little will hold a keynote speech with the title “Lifelong language learning, learner autonomy and the European Language Portfolio”. In addition, there will be a separate Questions & Answers session on the first conference day, where David Little answers participants’ questions on the topic.