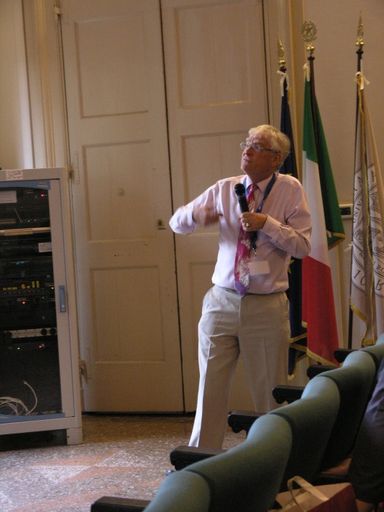 “I was suggested that ‘adjoining’ in Winter’s definition of the clause relation should be interpreted as meaning ‘within the same discourse’. There are several reasons why such an interpretation would seem to be necessary. First, our analysis of many of the discourses we have analysed (…) has not assumed adjacency as a prerequisite for the positing of relation” (1983, 168).
“Why have so many linguists sought, and to their own satisfaction found, structure in text? A possible explanation is that a metaphor is being over-used. (…) In other words, we use the familiar situation as a metaphor for describing the new situation. (…) [This can be fittingly applied to] the metaphor of the sentence. In terms of Schön’s (1963) displacement of concepts, the sentence was for linguists during the fifties and sixties a familiar and well-researched object. On encountering an unfamiliar object, the text, they naturally thought to describe it in terms of the object with which they were most familiar” (1991, 26f.).
“What we have been suggesting is that there are certain reading or writing processes (and indeed speaking or hearing processes too) that allow us to perceive semantic parallelism between pairs of apparently disparate sentences. The effect of these is best seen by showing how they combine in particular instances; in so doing, we can simultaneously show some of the ways in which links contribute to the coherence of the bonds they create” (1991, 174).
“I have suggested that writers and readers engage in a kind of dance whereby the writer seeks to anticipate the questions that a reader will want to have answered and the reader seeks to predict the questions the writer will try to answer” (2001, 187).
“The future of analysis of text may depend not simply on describing textual interaction (…) but on taking seriously the effect of interaction on text and within text” (2001, 187).
“Painting in broad-brush strokes, traditional generative grammarians have derived their goals, if not their methods and descriptions, from Chomsky, and for the distinction of a grammatical sentence from an ungrammatical one has been a central consideration” (…)
Still painting with a broad brush, corpus linguists in contrast have derived their goals and methods from John Sinclair and his associates and in part from what concordancing software currently makes feasible. These linguists have typically seen their goal as the uncovering of recurrent patterns in the language (…).
I have tried to show some of the factors involved in the production / selection of a natural sentence and a natural text” (2005, 152f.)
“1. Every word is primed to occur with particular other words; these are its collocates” (2005, 13).
“To Randolph Quirk and John Sinclair, and in memory of Eugene Winter.
They showed me that the study of grammar, lexis and text could be fascinating and taught me independence of mind” (2005, Dedication).