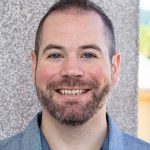 Mike Burnard was born outside Portland, Oregon, in the United States. He grew up in the forest sector, first following his father and grandfather around the family sawmill and later working for the company, which became noted for its innovative products, marketing, and operations.

He returned to academia in 2010 and completed a Master’s of Science degree in Wood Science at Oregon State University in 2012. In 2013, he moved to Slovenia to pursue a PhD at the University of Primorska and work with Dr. Andreja Kutnar. Now he continues his research career with the InnoRenew CoE where he is the Deputy Director and the University of Primorska where he teaches in the Sustainable Built Environments Master’s degree programme and the Data Science Master’s degree programme. His research interests include human health in the built environment and interdisciplinary work connecting computer science, technology, data science, and renewable materials research. 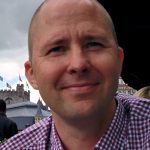 Marko Hyttinen (PhD) is a scientist in the Department of Environmental and Biological Sciences at the University of Eastern Finland. Dr. Hyttinen has been working in Research Group for Indoor Environment and Occupational Health over 20 years. He specializes in indoor air pollution (VVOC/VOC/SVOC/PM), analytical chemistry, and risk assessment of indoor air and occupational hygiene. 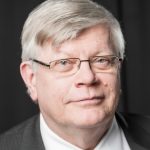 Professor emeritus Kalervo Väänänen has studied especially molecular and cellular biology of bone and bone diseases. He has worked in several universities, both in Finland and abroad and has participated in a number of drug development and diagnostics development programs. He has published about 300 scientific papers and has been involved in founding of several life science start-up companies. He was Academic Rector of University of Eastern Finland during years 2010-2012 and Rector of University of Turku 2012-2019. 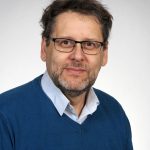 Ari Pappinen is a Prof.  of Forest Health and Industrial Forest Biotechnology and Biorefining at the School of Forest Sciences, the University of Eastern Finland. He has over 20 year experience working in different higher education institutions and universities. At present his research and teaching topics concentrate on sustainable use of forest biodiversity and modeling and simulation of biorefining processes. 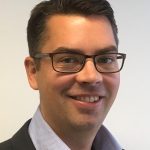 Paavo Heikkinen, Master of Science in technology, has over 10 years of experience in working in Medical Device industry. He has worked both in product development, manufacturing as well as in sales and distribution. Before taking the assignment of CEO of Repolar Paavo was working in Mediq which is leading European medical device distributor having head office in the Netherlands. 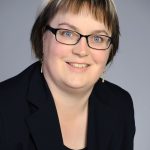 Heli Peltola is a Prof. in silvicultural sciences, at the School of Forest Sciences, University of Eastern Finland. She is internationally well recognized researcher on sustainable management of boreal forests for different ecosystem services, considering climate change and various climatic risks to forests and forestry. Peltola has previously led many research projects, and is currently leading two ongoing projects (FORBIO 2015-2021 and OPTIMAM 2018-2022) funded by the Academy of Finland. She has been author of more than 190 per-reviewed scientific publications, and supervised 26 PhD thesis and 76 M.Sc. thesis in forest science.