UEF Kuopion ylioppilaskuoro (UEF Kuopio Student Choir) is a mixed choir stationed on Kuopio campus of the University of Eastern Finland. The choir was founded in 1989 as a mixed choir. The current choirmaster is Richard Nicholls, who has been directing the choir since fall 2019. The singers are mostly University students but also graduated music enthusiasts from other fields as well.

The choir’s repertoire is versatile and challenging – all the way from tango and folk songs to contemporary Finnish choir pieces. There are usually two larger concerts held each year: at Christmas and Spring. They usually consist of several parts combined by a specific theme. In addition, the choir performs on special occasions held at the University as well as other events. 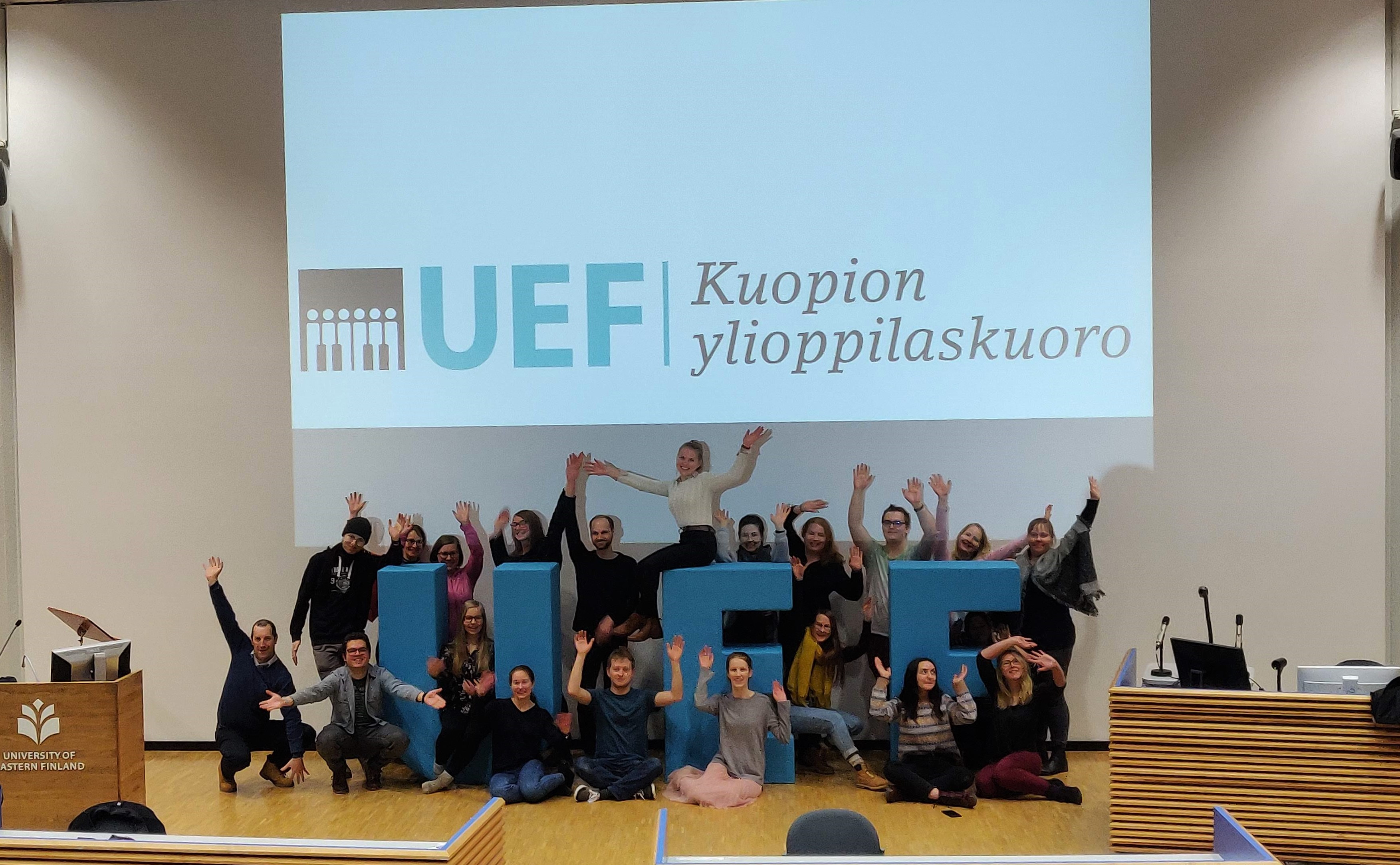