The UN Human Rights Council recognizes the right to a healthy environment and appoints a new Special Rapporteur on Human Rights and Climate Change. What does it all mean? 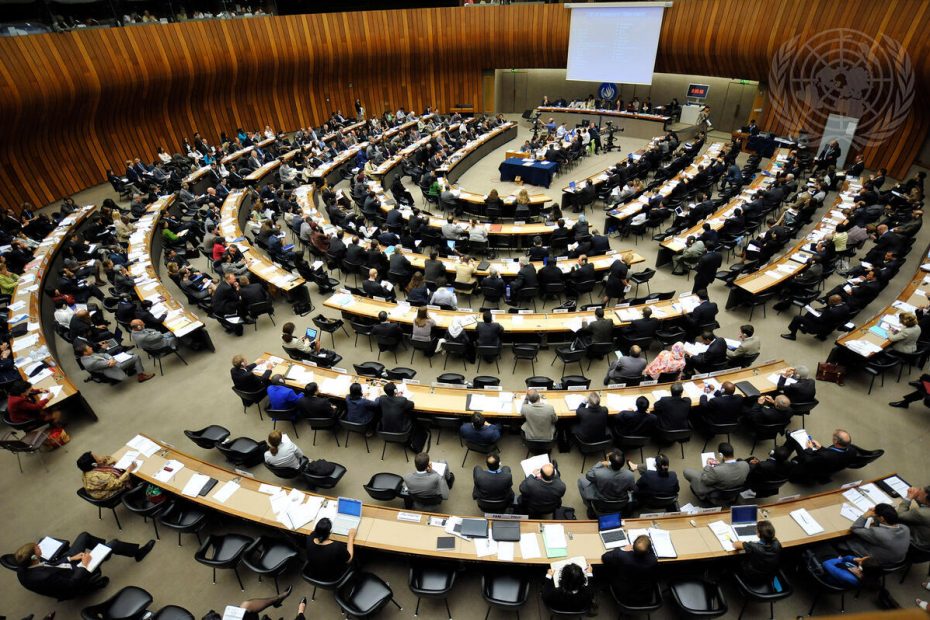 On Friday 8 October, the UN Human Rights Council adopted Resolution 48/13, recognising for first time that having a clean, healthy and sustainable environment is a human right and calling on UN Member States to cooperate to implement this right.

On the same day, the Council adopted Resolution 48/14, establishing a Special Rapporteur on the promotion and protection of human rights in the context of climate change. This blog post reflects on these resolutions and on their implications for international environmental cooperation and governance.

A right to a clean, healthy and sustainable environment: why?

The right to a healthy environment is already formulated with various phraseologies in the law of more than 150 states, which recognise the crucial role of environmental conditions to the existence and well-being of humankind. A growing body of national and international caselaw and practice has defined the content and scope of this right, as well as its relationship with other human rights. This practice has been amply documented in the literature, and has been thoroughly mapped by the UN Special Rapporteur on Human Rights and the Environment.

To date, the right to a healthy environment has been recognised in regional human rights treaties (in Africa and in Latin-America) and in ‘sectoral’ treaties concerning access to information, justice and public participation in environmental matters (in Europe and in Latin America). In September 2021, the Parliamentary Assembly of the Council of Europe passed a resolution supporting the adoption of an additional protocol to the European Convention on Human Rights to anchor the right to a safe, clean, healthy and sustainable environment in the European human rights system. The Assembly’s draft will now be considered by the Council of Europe’s Committee of Ministers, which has the final say on the matter. However, the Council took no action on a similar request from the Assembly in 2009.

At the UN, the Human Rights Council has considered the matter of human rights and the environment since 2012, adopting seven resolutions, and appointing first an independent expert, and then two consecutive special rapporteurs. These activities culminated with the adoption of Resolution 48/13. The text, proposed by Costa Rica, the Maldives, Morocco, Slovenia and Switzerland, was passed with 43 votes in favour and 4 abstentions – from Russia, India, China and Japan. This outcome was far from guaranteed, as on the eve of the adoption of the resolution several states, including the US and the UK, had expressed lack of enthusiasm for the proposal. Yet, on the day of the vote, Members’ differences could be bridged at last, and the resolution was adopted.

While not legally binding, the value of Resolution 48/13 should not be underestimated. The resolution corroborates the idea that the right to a healthy environment should be universally protected. The resolution could bolster efforts for the formal the recognition of the right to a healthy environment by the UN General Assembly, by the Council of Europe and by those states that do yet not explicitly provide this right in their domestic legal order. More importantly the right provides an additional tool to challenge state and corporate actors for failing to take prompt and adequate action to address the triple environmental crises of climate change, pollution, and nature loss, highlighted by the UN Secretary-General António Guterres.

Court battles invoking the right to a healthy environment are already frequent, and may become even more so, as individuals and groups all over the world become more conscious of the right’s existence and recognition. As I have already noted elsewhere, national courts’ decisions increasingly rely on the right to a healthy environment, even in countries where the right is not explicitly recognised by domestic law. Resolution 48/13 may therefore embolden progressive judges in the adjudication of environmental disputes all over the world.

A Special Rapporteur on human rights and climate change

States and international institutions have increasingly acknowledged this complex relationship between climate change and human rights law. International human rights bodies – including the UN Human Rights Council, its special procedures mandate holders and the Office of the High Commissioner of Human Rights – have progressively devoted attention and resources to climate change. Between 2008 and 2021, the Council adopted 11 resolutions on human rights and climate change, whereas the UN Special Rapporteur on Human Rights and the Environment published two dedicated reports on the same issue, in 2016 and in 2019. The Office of the High Commissioner on Human Rights has furthermore made a series of submissions to the climate regime’s treaty bodies, on matters like the  Warsaw International Mechanism for Loss and Damage and the terms of reference of the Independent Redress Mechanism of the Green Climate Fund.

At the same time, starting with 2011, parties to the climate regime have progressively taken notice of potential conflicts and synergies between obligations concerning human rights and climate change. The Paris Agreement became the first international environmental treaty to explicitly mention human rights law obligations in its preamble, exhorting its parties to take these into account when addressing climate change.

Resolution 48/14, may therefore be regarded as the last chapter in a long process, whereby states and international organizations have consolidated their common understanding over the interplay between these two areas of international law and cooperation. The Resolution further institutionalizes this process, by creating a new UN Special Rapporteur on Human Rights and Climate Change.

The new mandate holder is specifically tasked to tackle both dimensions of the complex relationship between human rights protection and climate action, highlighted above. Over the next three years, the Rapporteur will develop recommendations on how to address and prevent the adverse effects of climate change on the enjoyment of human rights, and on ways to strengthen the integration of human rights concerns into climate policymaking and legislation. The mandate holder will also develop recommendations concerning the promotion of human rights in the design and implementation of mitigation and adaptation policies, practices, investments and projects. The Rapporteur is furthermore tasked to identify good practices, strategies and policies on the matters above, and to promote and exchange views on a human rights-based approach to climate change adaptation and mitigation policies. The matter of a human rights-based approach to climate action has attracted much attention in recent years. At the international level, the importance of adopting a rights-based approach has been underscored in the context of the ongoing debate on the finalization of the Paris Agreement’s rulebook – particularly in relation to the article 6 market mechanisms. At national level, a rights-based approach to the implementation of climate change response measures in crucial for a just transition away from fossil fuels and towards net zero societies.

Finally, the Rapporteur on human rights and climate change will engage in a series of awareness-raising, outreach and engagement activities which are typical of this kind of mandates, including country visits and participation in international conferences and events. In its activities, the new Rapporteur should coordinate with other Human Rights Council special procedures –most saliently, with the Rapporteur on Human Rights and the Environment, who, as noted above, has already carried out pathbreaking work on climate change. The idea therefore is for the Rapporteur on Human Rights and Climate Change to build on extant work, especially by defining the contours of a human rights-based approach to the race to net zero emissions, and to the complex justice questions associated with it.

So, has the UN Human Right Council made history, by adopting Resolution 48/13 and Resolution 48/14? As this post has shown, these resolutions may be regarded as part of incremental process, whereby the Council has progressively linked the dots between the protection of the environment and the promotion of human rights. Those familiar with the debate on the fragmentation of international law will recognise in these resolutions an effort to carry out systemic integration, largely by means of institutional activities.

At the substantive level, these resolutions are a clear sign of increased awareness of the need to better incorporate human rights consideration into environmental law and policy-making, on matters like biodiversity and climate change. These resolutions have been adopted in the wake of a new wave of global advocacy to bridge the accountability and enforcement gaps that plague environmental governance, both at the international and at the national level.

So, will the two Human Rights Council resolutions adopted on 8 October 2021 make any difference? Time will tell. Yet standing from here, it looks like the Council has aligned with public sentiment that all hands should really be on deck, to tackle the unprecedented environmental crisis facing our planet.