Where do countries stand in UN climate negotiations after 2020? 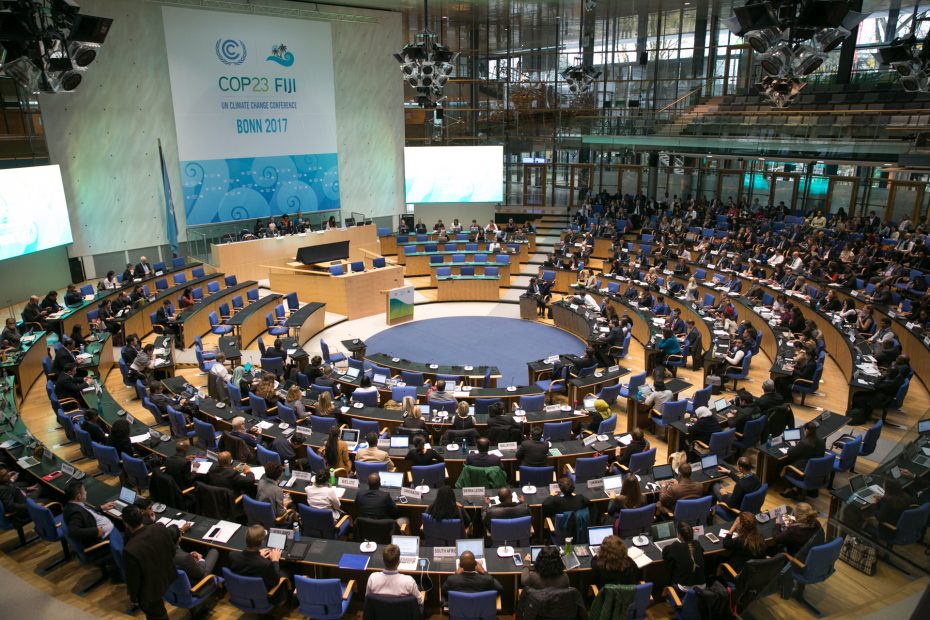 The UN Convention on Climate Change is holding its intersessional meetings from 31 May to 17 June in a virtual mode. This is the first official meeting since the beginning of COVID-19 pandemic as only informal consultations took place last year. Where do countries stand at the start of this intersessional meeting? What happened in the UN climate negotiations in 2020? Here is a short refresher by Yulia Yamineva and Jen Allan, based on their report to the 2020 Yearbook of International Environmental Law.

The 2019 Chile/Madrid Climate Change Conference failed to deliver on both political ambition for climate action and several practical issues. Among the latter was the guidance for Article 6 (market and non-market mechanisms for mitigating greenhouse gas emissions) – the last step to finalising the Paris rulebook. It was therefore expected that 2020 – the first year when the Paris Agreement started to work – would resolve outstanding matters and bring new energy into global climate policy. Crucially, countries were also encouraged to update or submit new nationally determined contributions (NDCs) before the planned conference in Glasgow in November.

The year of 2020 was however a year like no others. The COVID-19 pandemic heavily disrupted economies and the lives of ordinary people around the world, and international climate diplomacy was no exception. Regular in-person meetings under the UN Framework Convention on Climate Change (UNFCCC) were cancelled or postponed. The shortness of this summary is a reflection on how much happened – or rather did not – in the UNFCCC regime and Paris Agreement in that year.

Due to the pandemic, both the 26th meeting of the Conference of the Parties (COP26 originally scheduled to take place in Glasgow, UK) and the 52nd meetings of the Subsidiary Bodies to the UNFCCC (intersessional meetings that usually take place in June in Bonn, Germany) were postponed to 2021. After a delay, the constituted bodies managed to hold their meetings online. Nearly all met for their mandated sessions during 2020, although many pared down their agendas and faced delays in preparing documents as members were experiencing significant disruptions in their working and family lives.

In other words, no official decisions were taken by Parties to the UNFCCC and Paris Agreement in 2020.

Although official meetings were postponed, there was a number of virtual events. The two official negotiating sessions were replaced with the June Momentum for Climate Change in June 2020 and the Climate Dialogues in December 2020. Both featured a wide selection of events including meetings of constituted bodies, informal consultations, workshops, and information briefings. Most events were openly broadcasted, except some informal consultations.

Informal consultations were held on a number of issues related to the Paris Agreement’s operationalization. These included discussions on: the reporting formats for the enhanced transparency framework; Article 6, particularly baselines and reporting of the new market mechanism; common time frames; and response measures. During these consultations, it was clear that many developing countries hold serious reservations regarding online negotiations. They pointed to the potential to be marginalized from discussions and decision-making because of time zones and poor internet connectivity. Parties agreed that no formal outcome would be produced by the informal meetings and there would be no formal report. Instead, chairs could make notes for their own purposes.

The year 2020 was also significant because this was the year when countries were expected to submit their updated or new NDCs under the Paris Agreement. It is well known that the collective ambition of the first NDCs’ mitigation pledges falls short from keeping the world from global warming beyond the safe limit of 2°C (UNEP Emissions Gap Report 2020). Enhancing climate ambition is therefore vital to achieve the objectives of the Paris Agreement. By the end of 2020, there were 48 new or updated NDCs submitted representing 75 Parties. However, together, these parties make up only 40 per cent of Parties to the Paris Agreement, and 30 per cent of global greenhouse gas emissions (UNFCCC 2021).

Many of these NDCs were spurred on by the virtual Climate Ambition Summit co-organised by the UN, UK and France that took place to mark the fifth anniversary of the adoption of the Paris Agreement in December 2020. The event saw more than 75 heads of state and government as well as representatives of the private sector and civil society showcasing their climate commitments. Government leaders’ announcements included 45 related to NDCs, 24 that related to net zero commitments, and 20 that included adaptation and resilience planning. Several European countries, as well as the European Investment Bank and the World Bank announced new climate finance commitments.

The year was also marked by the US withdrawal from the Paris Agreement coming into effect in November 2020 which was however short-lived due to Biden’s election. The newly-elected US President Biden re-joined the Paris Agreement on his first day in office in January 2021 and announced a new NDC in April 2021.

The year of 2020 was mostly a pause for international law and policy on climate change but despite the pandemic, many developments were brewing in domestic and regional contexts. These include: new climate targets across the world, including a game-changing 2060 carbon neutrality goal from China; the return of the US to the frontiers of global climate policy; and the EU Green Deal taking shape. These hopefully indicate broad normative agreement among key actors on climate goals.

The phrases “green recovery” and “build back better” became widespread rhetorical tools in 2020, used by world leaders in forums ranging from the G20 to the UN General Assembly. The EU created a Green Recovery Alliance, and the Biden administration also seems committed to the idea. We will see if these developments translate into new ambition for the post-pandemic world. So far, some data shows that considerable post-pandemic stimulus money is going to the fossil fuel sector. Among G20 countries, 43% of spending supported the fossil fuel industry, most of which did not include a condition to reduce emissions (IISD 2021).

The year 2021 continues to be overshadowed by the ongoing pandemic. Increasing, albeit highly uneven, rates of vaccination give hope for eventual return to normality. The regular intersessional meeting under the UNFCCC will exceptionally take place in May-June as a three-week virtual event but the COP in Glasgow appears to be still scheduled to take place from 1–12 November 2021 as an in-person meeting.