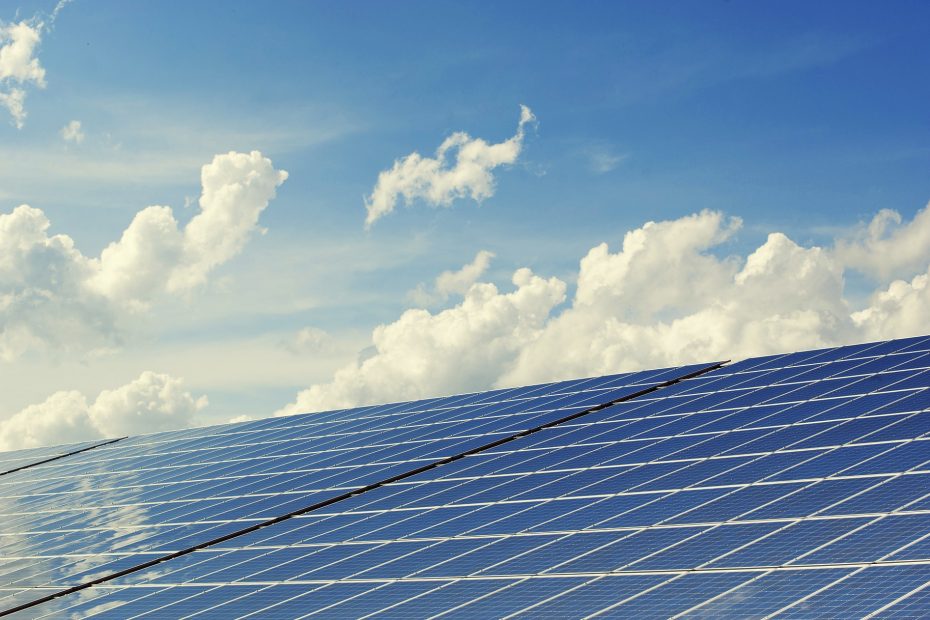 By Harro van Asselt, Professor of Climate Law and Policy. First published in the NDC Aspects blog on 7 April 2022.

The latest report by the Intergovernmental Panel on Climate Change (IPCC) underscores once again why this is a critical decade for climate action: to keep global warming below 1.5°C with a chance of more than 50%, global greenhouse gas emissions need to peak by 2025, and thereafter emissions need to be drastically reduced to achieve net zero emissions by the middle of the century. This requires reversing the trend of growing emissions, which “were higher than any previous time in human history” in the previous decade.

To avoid warming greater than 1.5°C, the report suggests that no new fossil fuel infrastructure can be put in place, as existing infrastructure already leads to exceeding 1.5°C. Moreover, deep and rapid transformations will be required across sectoral systems – from transport to industry, from buildings to land use.

The main messages flowing from the report are well covered elsewhere (e.g. here, here and here). What I would like to offer here are my own main takeaways from the report, focusing primarily on the chapter for which I served as a Contributing Author (Chapter 14 on ‘International Cooperation’), but also covering messages emerging from other parts of the report.

The Paris Agreement is working (to some extent)

The natural focus of international climate cooperation is the regime established by the UN Framework Convention on Climate Change (UNFCCC), including the Kyoto Protocol and the Paris Agreement. As the Fifth Assessment Report was written before the adoption of the Paris Agreement, the present report was the first opportunity for IPCC authors to assess the Paris Agreement. Their assessment is a cautiously positive one. While the Paris Agreement may be behind the global rise of net-zero targets, and may have driven an overall increase in countries’ climate ambition, it is also clear that the collective ambition of countries’ Nationally Determined Contributions is not yet aligned with the Agreement’s long-term temperature goal. Moreover, while mechanisms are in place to strengthen transparency and promote implementation and compliance, it is not clear how those mechanisms will lead to greater climate ambition and action. “Ultimately”, the report notes, “the overall effectiveness of the Paris Agreement depends on its ability to lead to ratcheting up of collective climate action to meet the long-term global temperature goal”.

Interestingly, the report also offers the first ex-post assessment of the Kyoto Protocol, whose second commitment period expired in 2020. Although some scholars have been critical of the Protocol in the past, the report notes that the treaty “led to measurable and substantial avoided emissions”, and that it helped build capacity for emissions accounting, drove the creation of carbon markets, and led to increased investment in low-carbon technologies. In other words, not all the criticism thrown at the Protocol is justified.

Climate governance is not confined to nation states

In various parts of the report, the changing role of non-state actors, subnational authorities, and transnational partnerships is recognised. As such, the report pays heed to a growing body of literature that documents how and with what effects a diversity of actors beyond nation states are participating in climate governance. For transnational climate governance, the report finds that although their potential is “evident, uncertainties remain over their costs, feasibility, and effectiveness”. In other words, while non-state and subnational action promises to complement national climate policy, there is a growing need to assess the effects of climate governance beyond the nation state.

International climate cooperation outside the UNFCCC is contributing to climate action

Although the Paris Agreement may be the “main show in town” for international climate cooperation, the IPCC report also draws attention to other forms of international cooperation outside the auspices of the UNFCCC. In particular, the report points to the role of the Montreal Protocol on the protection of the ozone layer – and in particular its Kigali Amendment on hydrofluorocarbons – as making a major contribution to climate action.

The report acknowledges the double-edged nature of trade and investment agreements. Trade rules, the report shows, “may impede mitigation action by limiting countries’ discretion in adopting trade-related climate policies, but they also have the potential to stimulate the international adoption and diffusion of mitigation technologies and policies”. The report synthesises the literature on trade and climate change, and identifies ways in which climate-related trade measures such as border carbon adjustments could be designed to be compatible with international trade rules.

For investment agreements, the report is much more critical, finding that “[a] large number of bilateral and multilateral agreements, including the 1994 Energy Charter Treaty, include provisions for using a system of investor-state dispute settlement (ISDS) designed to protect the interests of investors in energy projects from national policies that could lead their assets to be stranded” and that ISDS can be used “by fossil-fuel companies to block national legislation aimed at phasing out the use of their assets”. This finding should inform governments engaged in ongoing discussions to try and modernise the Energy Charter Treaty and reform international investment agreements.

Lastly, the report notes the rapid rise in climate-related court cases. Although some may be sceptical that such litigation has a (positive) influence on climate action, the report’s Summary for Policymakers unequivocally states that ‘[c]limate-related litigation … in some cases, has influenced the outcome and ambition of climate governance’. Compared to just a short section in Chapter 13 of the IPCC’s Fifth Assessment Report, the extensive discussion of climate change litigation in various parts of the report is a clear recognition of the rapid diffusion of litigation as a strategy in climate governance. Moreover, the report acknowledges that the effects of climate litigation go well beyond the courtroom, and include effects on national laws and policies, public opinion, business strategies, and so forth.

On the whole, the report documents a burgeoning literature that shows how global climate governance is becoming more polycentric, taking place at multiple levels, involving multiple actors that deploy a range of governance strategies. Whether the IPCC’s Seventh Assessment Report can conclude that the Paris Agreement is working as intended will depend in large part on how all these moving parts will work in concert.