Friends of the Earth (Netherlands) v Royal Dutch Shell: Human Rights and the Obligations of Corporations in the Hague District Court Decision 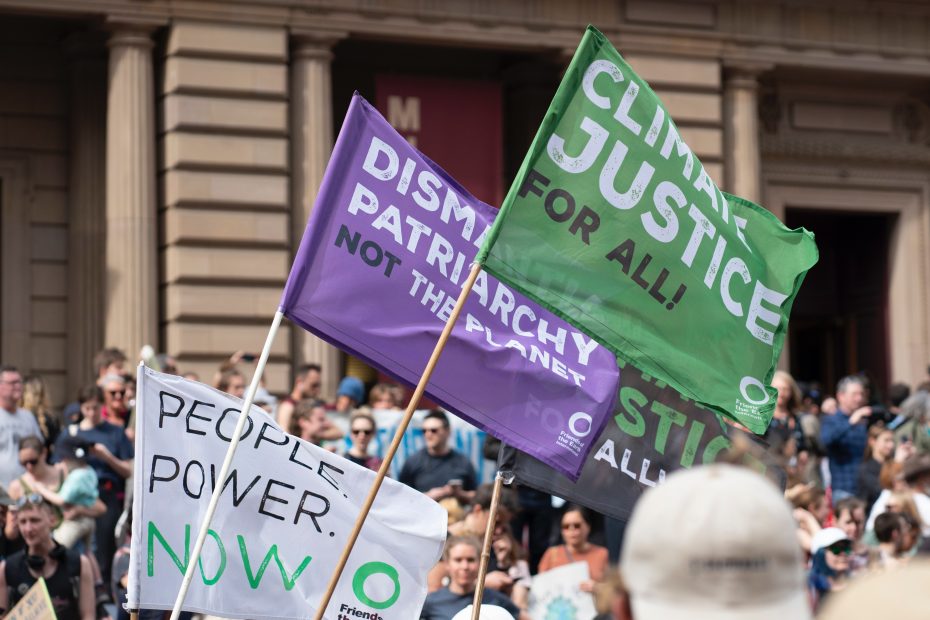 By Annalisa Savaresi and Margaretha Wewerinke-Singh.

First published in The Global Network for Human Rights and the Environment (GNHRE) blog on 31 May 2021. Photo by Lawrence Makoona on Unsplash.

After its landmark ruling in the Urgenda case in 2015, on 25 May 2021 the Hague District Court marked another milestone in the history of climate litigation worldwide by ordering Royal Dutch Shell to reduce its CO2 emissions of 45% by 2030, compared to 2019 levels. The ruling is significant in enforcing both environmental and human rights obligations on a corporation.

The judgement was issued after a group of environmental organizations – including Friends of the Earth and Greenpeace amongst others – asked the Court to rule that Shell should reduce its emissions, in accordance with the global temperature goal enshrined in the Paris Agreement and in accordance with the best available climate science.

As in Urgenda, the applicants relied on Dutch tort law to construe Shell’s duty of care in light of the rights to life and to respect for private and family life, as enshrined in the European Convention on Human Rights and in the International Covenant on Civil and Political Rights.

The Court relied on ‘the widespread international consensus that human rights offer protection against the impacts of dangerous climate change and that companies must respect human rights.’ It found that Shell has a responsibility to act in accordance with the temperature goal in the Paris Agreement. This finding is especially significant because Shell is a private actor and as such, not bound by any obligations under the Paris Agreement. Equally significant is the Court’s finding that Shell’s responsibility to act in line with the Paris Agreement is based on the recognition that businesses must respect human rights, irrespective of the actions of States.

The Court did not hesitate to rely on the UN Guiding Principles on Business and Human Rights (UNGP), despite their status as ‘soft law’ instruments.  The Court brushed aside concerns about the legal status of the Principles, by asserting that since 2011, ‘the European Commission has expected European businesses to meet their responsibilities to respect human rights, as formulated in the UNGP.’ The Court deemed this to be sufficient basis to use the UNGP to interpret Shell’s standard of care. Indeed, the Court went as far as saying that ‘the responsibility of business enterprises to respect human rights, as formulated in the Guiding Principles, is a global standard of expected conduct for all business enterprises wherever they operate.’

Even within the Netherlands, while the judgement is provisionally enforceable, it will set a legal precedent only if the higher courts uphold on appeal, which Shell has already announced it would pursue. However, such a formalistic assessment does not do justice to the impact of the case on legal action and adjudication around the world. It is highly likely that the decision will inspire other legal initiatives and even judicial reasoning in similar cases. The field of climate litigation is characterised by transnational collaboration and judicial dialogue; litigants around the world are inspired by innovative strategies and legal arguments that have been used in other jurisdictions and the judiciary likewise draws inspiration from climate judgements that have been delivered elsewhere. The decision of The Hague District Court in the Urgenda case, for example, was cited by courts around the world in their decisions on other climate cases – even while an appeal was pending. Urgenda also inspired numerous other cases, including in Belgium, Czech Republic, France, Germany, Ireland, South Korea, Switzerland and the United Kingdom, which use similar legal arguments. Court victories were achieved in several of these cases. Against this backdrop, there is reason to be hopeful about this decision’s potential to mark a new era in rights-based climate litigation, whereby fossil fuel companies are being held to account for disrespecting their human rights obligations and climate goals.

As we noted elsewhere, human rights here serve as a ‘filler’ to plug the accountability gap left by international and national law. The Paris Agreement itself provides little means to hold state and corporate actors to account for failing to deliver on the promised emission reductions. The same may be said about national climate legislation, which often does not provide measures to hold public authorities and private actors accountable for failing to meet emission reduction targets. Before climate change law rises to these challenges, litigants around the world increasingly invoke human rights to prompt state and corporate actors to reduce emissions (mitigation), or to prevent and redress harm associated with the impacts of climate change (adaptation or compensation).

The plaintiffs in this case did not seek compensation, but rather a change in policy to ‘prevent dangerous climate change’. This may seem surprising, as court battles are often about compensation for harm. However, focusing on prevention is by no means a novel strategy in the field of rights-based climate litigation. In fact, most rights-based climate cases pursued thus far seek either a change in climate or energy policies or target highly polluting projects and are less concerned with addressing the actual impacts of climate change. After the landmark ‘Carbon majors inquiry’ carried out by the Philippines Human Rights Commission, this is the first time such a forward-looking strategy has been used successfully against a corporation.

The end game is that to achieve change in the practice of law and create the tools to ensure that states and corporate actors reduce emissions. In this connection, the judgement has marked a major milestone in the history of climate litigation worldwide, by filling in a gap in corporate climate accountability. It also represents an important development for the law on business and human rights, as it acknowledges that corporations already have an obligation to comply with human rights law. This development is most significant at a time when the EU is developing human rights corporate due diligence and accountability legislation, and an international treaty on transnational corporations and other business enterprises with respect to human rights is under negotiation.