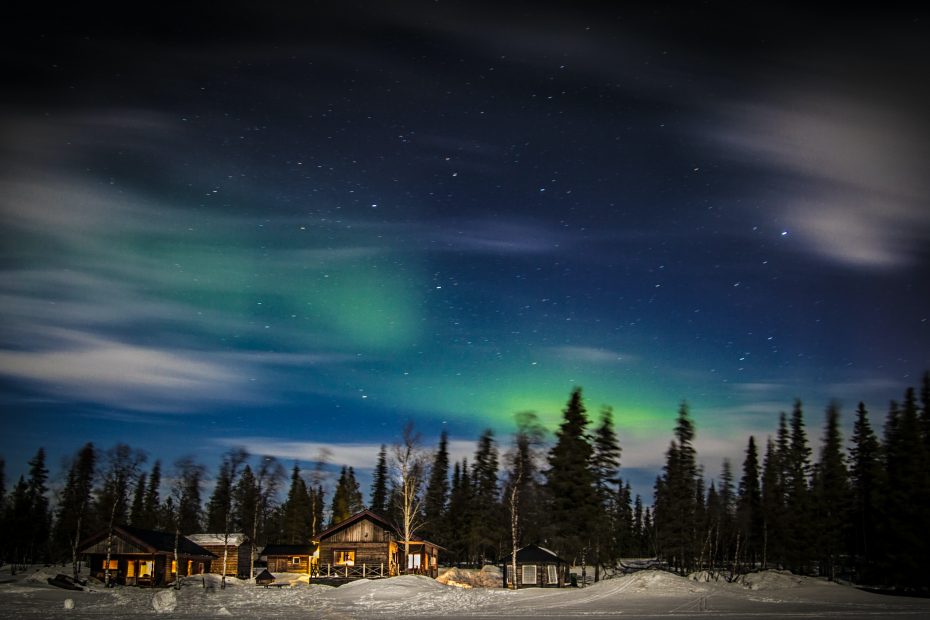 Aaron Cooper is a PhD researcher in Law at the CCEEL of the University of Eastern Finland, and lecturer in Law at Coventry University.

This blog post is based on an original analysis piece posted on the Arctic Institute website. Photo by Timo Horstschaefer on Unsplash

In a recent Reddit ‘Ask Me Anything’, billionaire philanthropist Bill Gates said that we “should be open to ideas that seem wild in the fight against climate change”, with solutions ranging from creating synthetic meat to new energy storage solutions to geoengineering the climate. However, not everyone shares Gates’ optimism about every ‘wild’ solution.

A case in point: in Kiruna, Sweden, the Swedish Space Corporation and the Keutsch Research Group at Harvard University drew the ire of the indigenous Sámi Council. In June 2021, they intended to carry out the first steps of the Stratospheric Controlled Perturbation Experiment (SCoPEx). It is an experiment in ‘solar radiation management’, aimed at gathering data on the cooling effect of aerosol particles in the upper atmosphere. SCoPEx consists of two phases. The first is an initial equipment test, which would eventually lead to a second localised test where aerosols would be injected, and the data on its effects then recorded.

In theory, replicating similar conditions that are present in post-volcanic eruption situations, namely the cooling in the atmosphere, could help forestall the adverse consequences of climate change. This could help protect more vulnerable environments such as the Arctic. As the gap between ambition and reality on emission reductions grows, research into geoengineering has been fuelled by a sense that more drastic action is needed. But this path raises concerns about how we deal with climate change and how inclusive these solutions are. These are the very concerns that were raised by the Sámi Council in their open letter to the SCoPEx Advisory Board, the Swedish Space Corporation and the Swedish Government.

The objections of the Sámi Council

The Council’s objections first address solar geoengineering as a whole, highlighting the uncertainty and the risks of its implementation. They specifically underscore the consequences of abrupt cessation, suggesting that this could lead to a ‘termination shock’ that would trigger a dramatic temperature rise. Second, the Council expresses the fear that decarbonisation efforts could be compromised by the implementation of solar radiation management. Some states could arguably maintain the status quo and treat geoengineering as a permission to ignore the root causes of climate change, such as fossil fuel use.

Turning to SCoPEx, the Council further calls into question the governance and decision-making processes, criticising the lack of engagement and dialogue. The SCoPEx Advisory Committee has stated that it would engage fully with stakeholders at the appropriate time. On this occasion, the failure to establish an appropriate dialogue crossed a culturally sensitive boundary. In Sweden, there have been land-use conflicts between the Swedish government and the Sámi which had already led to frosty relations. These final objections go beyond SCoPEx, raising deeper questions about the implications of geoengineering and direct management of the atmosphere.

What the Sámi and Sweden can teach us

In response to the objections, the Keutsch Research Group has opted to pause SCoPEx. This story can perhaps teach us valuable lessons in developing appropriate governance mechanisms for solar radiation management. In future, it will be important to be mindful of historical relationships between the state involved and indigenous groups. There will certainly need to be a robust public engagement procedure to ensure previous mistakes are not repeated. In this respect, the Oxford principles on the governance of geoengineering establish some fundamentals. The key will be addressing the questions on the precise nature of public participation and, in the context of indigenous peoples, the free, prior and informed consent (FPIC) procedure. FPIC has a broad international legal basis in the UN Declaration on the Rights of Indigenous Peoples and the International Labour Organization Convention No. 169. However, the lack of universal standards for its implementation poses challenges in the context of geoengineering governance.

How are we to interpret FPIC for matters of global concern? If we are to interpret it as a procedural ‘consultation’, it can be problematic, as often it is seen as a box-ticking exercise fulfilled by merely sharing information, which would undermine spirit of the FPIC process. Consider the situation concerning the Storheia Windfarm in Norway. Complaints and objections had been voiced – yet the project continued despite the negative impact on Reindeer husbandry. Another interpretation is more reflective of a substantive (partial) transfer of decision-making power. This might ensure better participation, as, given the uncertainty surrounding geoengineering, information-sharing may be insufficient. Either way, FPIC in the context of geoengineering has to represent a dialogue that fosters understanding and provides for a consultation process that reflects higher standards of care than we have previously seen. Otherwise, it risks compromising the progress on indigenous self-determination and increasing existing divisions on geoengineering research.

Has this burst the balloon on geoengineering research?

Over time, agreement on geoengineering research and its potential implementation is much more likely if people are brought in as genuine partners at the outset of the process. The SCoPEx debate in Sweden reminds us that in future overcoming these socio-political and legal complexities is a puzzle needing to be solved – geoengineering challenges different worldviews. Reconciling the conflicting priorities between states and its indigenous people will be difficult, but we do not need to reinvent the wheel. The FPIC procedure has already been an important tool for the empowerment of indigenous peoples like the Sámi. The adoption of higher, more comprehensive standards may be the first piece of the puzzle. A piece that could yield benefits for a wide range of fields going beyond geoengineering.